A while ago I wrote a post about my top 10 favourite book characters on screen. As I was writing that list, it got me thinking about some other books that should be adapted for the big and small screens, and I thought I’d put together a post about it. Some of the following (which are in no particular order) have actually had rumours floating around for a while about them being adapted – however none of these rumours have borne any fruit (which is incredibly annoying). Hopefully there will be some movement on these soon however, and I can watch some more of my favourite characters do their thing on a screen.

‘The Inheritance Cycle’ by Christopher Paolini. I watched the current adaptation of the first book in this series, Eragon, at the cinema when it was released and really enjoyed it (I have it on DVD too). It’s taken me a few years to get around to reading the books, but I’m finally reading them now and getting a whole new appreciation for what it could be as a series of films. I think I may have seen a petition floating around on the interwebs a few weeks ago, calling for a reboot of Eragon. I have to say, I completely agree with this.

The Bronze Horseman by Paullina Simons. This is one of my favourite books of all time, and it is actually a crime that it hasn’t yet been made into a film, especially when “love stories” like 50 Shades of Grey are being adapted for the screen. I know I’m not alone when I say that the story of Tatiana and Alexander deserves it’s moment in the spotlight. There’s been chatter about an adaptation for this for as long as I can remember, but sadly we remain film free. However I’ve recently convinced myself that the movie people have been waiting for the actor who is just right to play Alexander. I found him you guys – it’s Henry Cavill. Start getting this project happening yesterday.

‘The PC Grant’ series by Ben Aaronovitch. I discovered this series of (currently) five books last year and devoured them as quickly as I could get my hands on them. The best way I can describe it, is if a young Merlin wizardy type character were on The Bill and solving magical crimes. Peter Grant is a police constable AND an apprentice wizard – not a bad combination in my opinion and there’s a whole cast of interesting characters throughout the books. I think this would make a pretty good TV series and Aaronovitch actually has a screenwriting background (he wrote for Doctor Who amongst other things), so you know an adaptation would not only be good, but true to the books if left in his hands. 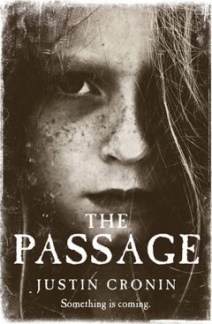 ‘The Passage Trilogy’ by Justin Cronin. Another one which has had adaptation rumours attached for a long time. At the moment the trilogy only has two books – The Passage and The Twelve – but according to the interwebs (obviously the most trustworthy of sources), the third instalment is scheduled for release in OCTOBER OF THIS YEAR (calm down, Heather, calm down). I initially thought this would be best as a film, but there would be a lot of material cut if that were to happen. So I think a TV series would be the best option for this. But if they decide to go with a movie, I won’t complain.

The Night Circus by Erin Morgenstern. Lots and lots and LOTS of whispers about this one. Again, a crime it’s not been made into a film yet. It has magic, romance, rivalry, and the most amazing sounding circus in the entire world. Also, if any movie people are reading and would like/care about my opinion, Ben Barnes would be the perfect Marco. Just a suggestion.

The Guernsey Literary and Potato Peel Pie Society by Mary Ann Shaffer and Annie Barrows. Everything about this book would make a great film – set in a historically significant period (during and after World War II), a little bit of romance, heartbreak, mystery, and fantastic characters. In the past when adaptations of this have been mentioned, both Kate Winslet and Michelle Dockery  have been attached to the project for the role of Juliet Ashton, but I think Keira Knightley would be great for the role. And might I suggest Tom Hardy for the role of Dawsey Adams? He’s such a fantastic actor who would bring just the right balance of masculinity and shyness to the role. Yes. It should be Tom Hardy.

The Sisters Brothers by Patrick DeWitt. I do love a good shoot ’em up Western every now and then. I read this book not long after I’d watched the most recent film adaptation of True Grit (starring Jeff Bridges as Rooster Cogburn) and I decided this book would be great made into a film also. But more of a Tarantino Western than a Coen Brothers Western, if you get what I mean.

‘The Dark Tower Series’ by Stephen King. If you’ve read this series, I know you’ll agree that it should be adapted for some kind of screen – probably TV would be best. And there has been a CRAZY amount of discussion on this over the last few years. The most recent news (that I’ve read anyway) concerned Ron Howard being involved in the project, but that was halfway through last year and I’ve not seen anything since. I’ve also seen actors like Russell Crowe and Javier Bardem pegged to take on the role of the central character in the series, The Gunslinger, Roland Deschain (I say an emphatic ‘no’ to both of these). My ideal Roland would be Viggo Mortensen – he has that rugged look and the sort of face which doesn’t give away it’s age easily (Roland is around 300 years old in the books, but doesn’t look it – that would be weird). I would also accept Aaron Eckhart or, for a younger option, David Lyons (who played Sebastian Monroe on the TV series ‘Revolution’). This would be an adaptation of Game of Thrones proportions, and I am sure it would be just as successful (and at least this series is finished, George).

Inside the O’Briens by Lisa Genova. Ok, this book was only released this week, but I just know it will be adapted for the screen. It will be one of those films which will guarantee an Oscar nomination at least for any actors involved in the film. As I was reading, I kept imagining Matt Damon in the role of Joe O’Brien. Aside from the fact both are Boston born and raised, Damon is a brilliant actor and would be more than capable of bringing to life Joe O’Brien and his battle with Huntington’s Disease (remember this post when Matt Damon gets nominated for an Oscar for this role).

So, do you have any books you’d love to see adapted for the screen? Or, if you’ve been waiting on any of those I mentioned, who would you like to see cast in some of the key roles?