After my big day at the Louvre (you can read about it here and here if you missed it), I met up with my friend Nat (hi Nat if you’re reading!) who is lucky enough to live in Paris. We decided to have a couple of drinks to catch up (we hadn’t seen each other since I was in Paris two years ago, so we had lots of catching up to do) and ended up at a bar that had super cheap drinks. It’s important to note at this point that I hadn’t eaten much that day, so going out for drinks probably wasn’t the smartest idea but people don’t always make smart ideas when they’re on holiday.  A ‘couple of drinks’ turned into a proper session including lots of wine, a couple of very strong mojitos, briefly getting caught in the rain, and, after walking Nat to the metro, a 40 minute solo walk back to my hotel at 1am that took me along the Seine. It was kind of like ‘Midnight in Paris’ except I unfortunately didn’t have the luck of being taken back in time and meeting Hemingway.

‘The Thinker’ on fragment of a capital.

The next morning I woke up in time for breakfast but I decided to stay in bed and sleep as the room was spinning. I didn’t end up managing to drag myself out of bed until 2pm and could have stayed in for longer but I didn’t want to waste the entire day. So I stumbled blinkingly into the sunshine, grabbed a croissant from a boulangerie and strolled to the Rodin Museum, stopping at Pierre Hermé on the way because I love macarons and Monsieur Hermé is basically the King of Macarons.

Auguste Rodin (1840–1917) was a French sculptor perhaps best known for his piece titled ‘The Thinker’. This piece was originally conceived as part of a larger sculpture, ‘The Gates of Hell’, which was inspired by Dante’s The Divine Comedy. He was also commissioned to make a commemorative monument of Victor Hugo following the author’s death, and one of Balzac. It was the latter which he hoped would allow him to finally achieve his dream of having his work displayed in a public place, but on its unveiling it was deemed unworthy of commemorating Balzac and it ended up being displayed in the grounds of Rodin’s home. So as with all artists of his calibre, his talent and vision wasn’t without controversy,

On arriving at the museum I was a little disappointed to learn that the main exhibition, made up of the Hôtel Biron and some of the gardens, was closed for renovation. But I got over it quickly because it’s just another excuse to go back to Paris (not like I needed another one). Instead there was a special temporary exhibition on that focussed on Rodin’s creative process. This included sketches and plaster casts which had never been displayed before, photographs taken of his studio and his work, some of the latter being drawn on by Rodin to show alterations that might be made. I’m actually really glad I got to see this exhibition as it’s not often you get to see the developmental stages of a piece of a art – generally we just get to see the finished product in all it’s perfection. But getting to see how an artist like Rodin worked through a project definitely gives me a greater appreciation for the final piece.

If you happen to be going to Paris in the next couple of months I can highly recommend checking out this exhibition (with an audioguide because they’re the best), and spending some quality time in the gardens of the museum. You can get all the details here.

The gardens of the museum are ridiculously beautiful, and the best part about them is that if you want to visit them you don’t know to go into the actual museum. You can buy a ticket for 2€ and just visit the gardens – there’s a really lovely cafe there too. Spending the day in these gardens is at the top of my list of things to do next time, as well as going in the Hôtel Biron (the huge and beautiful house).

This is a very small selection of the pieces I saw. The first six were part of the temporary exhibition, while the rest of them were scattered throughout the gardens. 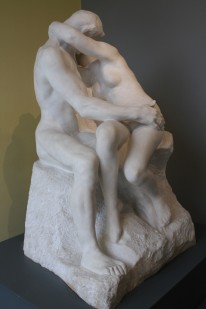 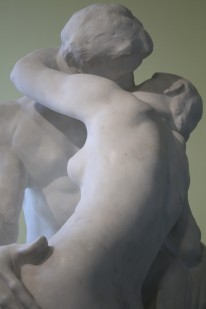 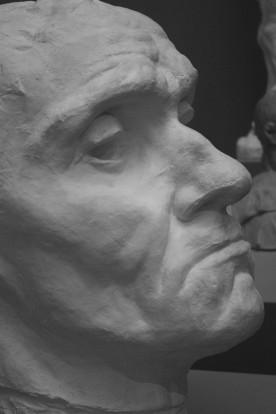 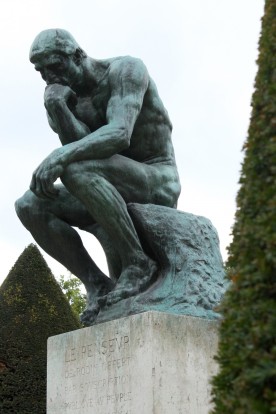 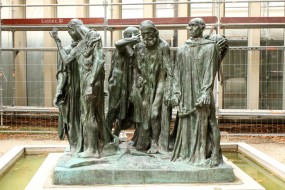